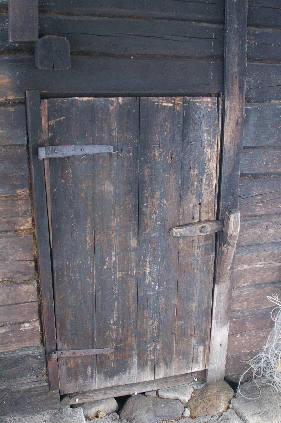 My first experience in a smoke sauna, savusauna in Finnish, was on an island in the archipelago near the Finnish city of Turku. The sauna room was big, designed for large groups. From my perspective, it was a vast, dark cavern into which I stumbled from the bright outdoors, and continued to stumble, stubbing by toes, bashing my shins, until I found a place to sit down and lean back. "Don't lean back!" warned a voice from the gloom...later I realised why as I tried to scrub off the ingrained soot from my back. Smoke saunas rely on the heat from a large pile of heated rocks, usually placed in the centre of the room. These rocks are heated by lighting a fire directly beneath them and allowing the heated air and smoke to fill the room. This is done hours before the sauna is actually used by bathers, and the smoke drifting through the room and slowly seeping out of small vents gives the walls the distinctive black sheen of the well used smoke sauna. There is no chimney in a smoke sauna.

Many years after my first smoke sauna in the Finnish archipelago, I found myself in charge of my own smoke sauna. In true nerd fashion, I first did some trawling around the Web for any information on how to light a smoke sauna. Wikipedia and its like had much interesting information on saunas, but little practical advice. Eventually I did the sensible thing and called my friend Mikko, who had built his own smoke sauna. Better to trust to experience. Mikko is from the Northern Finnish town of Oulu, where the cold winters demand hot, well-husbanded saunas. Mikko and his family dropped-by at the beginning of the summer to distribute advice and give a helping hand in lighting my smoke sauna.

The best timber species to use as fuel for the fire is Alder (Alnus), as it burns hot and relatively cleanly. I learned later that alder is also used in smoking food. Luckily, nearby shoreline areas have a ready supply of alder for my smoke sauna.

The skillful part of preparing a smoke sauna is maintaining the optimum temperature, fire size and smoke combination so that the stones warm sufficiently in time for the sauna to be used. Once the fire has gone out, the smoke cleared, and any loose ash brushed from the benches, the smoke sauna is ready for use.

Over the summer, the smoke sauna had many users. Ranging from local Finns with many decades of sauna experience who appreciated a rare smoke sauna, to a Scottish visitor who doubtless could see a more practical and tastier use for the building as a haddock smoking shed. 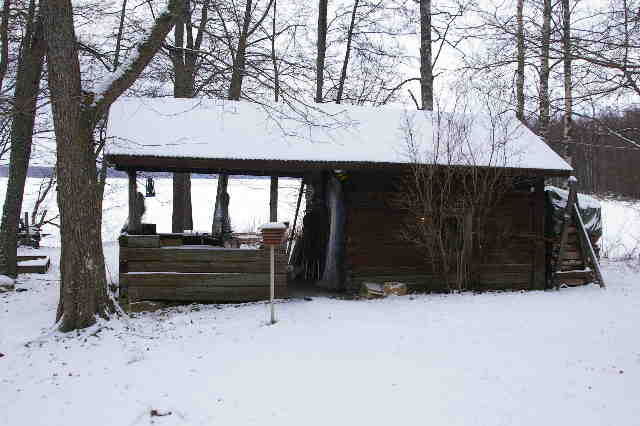